My blood boils, as the news broke on national TV, how dare she bring that up I fumed at no one in particular. What kind of woman uses the fact that she has children over another woman who can’t? Only a woman who has never suffered the pain of infertility or loss of a child, I concluded.

I was enraged. I don’t know Theresa May personally, but I do understand what it is to suffer from infertility.

This was last month, during the leadership contest between Theresa May and Andrea Leadson, the only news that week was the interview given by Andrea Leadsom to the times newspaper. In a bid to throw the first mud she gave an interview to the times where she claimed she’s a better candidate because she has kids and her opponent did not.

Theresa May had previously openly talked about her inability to have kids. As I watched the story played out on national TV I was shocked at the insensitivity of her opponent.

Infertility should not be an ace to be used in a contest. The same way as one suffering from cancer, diabetes or other serious illness cannot be mocked. 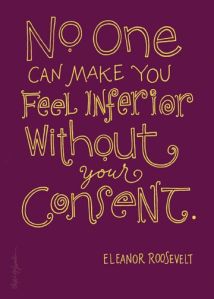 I am reminded of the story of Hannah and her mate long time ago, both of them were married to the same men, unlike her mate, Hannah was unable to bear children. Her rival wife taunted her cruelly, rubbing it in and never letting her forget that God had not given her children. This went on year after year. Every time she went to the sanctuary of God she could expect to be taunted. Hannah was reduced to tears and had no appetite. Her mate made her felt inadequate at every opportunity she had.

The beauty of it all was that Hannah never uttered a word. She took her pain and her problem to the all-knowing and all faithful one.  Infertility, loss or stillbirth can open the door for others to thrown mud at you. People may secretly glee at your demise, or make sniggering remarks regarding your situation. Do not worry, just take your problems to God.  I remember when I got such remarks I always felt rage inside, but held my tongue.

Theresa May did the honourable thing and uttered not a word in her defence. Instead others fought for her. She didn’t have to do anything others took it upon themselves and called for Angela to resign, which she did.

The battle is not yours, the battle is the Lord’s.  He who has brought you this far will see you all the way. Just like Theresa, hold your peace, soon you will be matching your way to victory.

Infertility, miscarriage, stillbirth does not make you less qualify than anybody else, neither is anyone better than you because they have kids. We all fight different battles, the test of our faith comes in different ways. As you walk this road, be secured in the knowledge of who you are in Christ. You are a victor in every area of your life, belief it.

To see suffering turned to glory

To anyone who wished for a miracle but got a miscarriage

Your pain does not define you,

The snares and jeers will not deter you

Give your dreams wings to fly, soar above every pain and ugliness and see beyond to a peaceful and blessed ending.

Your friend in hope.